And the Ugly Boxes Go Down! 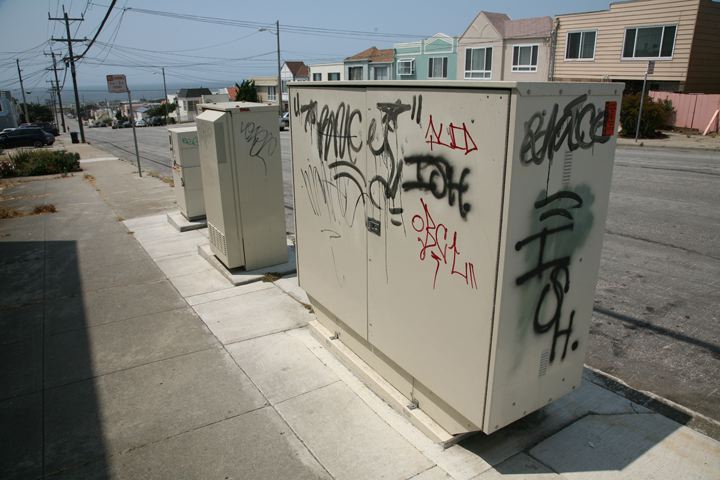 Imagine my surprise to pick up the phone on Tuesday evening (while again sitting on my French Quarter balcony) to find Phil Bronstein, Editor at Large of the San Francisco Chronicle and former spouse of Sharon Stone on the other end of the line!  Seems that my blog post promoting the Board of Supes hearing Tuesday afternoon about the AT&T boxes in the Inner Sunset was picked up by Curbed SF and then by Bronstein for his column.  As I am currently out of town, I was unable to attend the hearing, but was able to refer him to Tim Tonella and Bruce Willems, Clients in the Know who did attend.  If there are others among you who attended, many thanks for your efforts! The result of the 3 hour long hearing and the more than 50 opposing parties showing up was that AT&T withdrew their application!  According to Susan Maerki, who organized the original email campaign that I re-posted:

“This means that all ATT/DPW activity is stopped — no excavation permits for previously approved locations, no DPW review of requested locations, no accepting new ATT requests.  ATT will have to submit a new application and will undergo a focused environmental review (for example, the EIR probably does not have to discuss impact on water quality !!!)
ATT has said they want to make this work — although they could threaten to put San Francisco at the bottom of the list for the technology upgrades.   We have won the battle, but have not won the war.  We will to stay in touch with you as AT&T develops its next stage plan.“

Tim Tonella was interviewed by Mr. Bronstein and has a well-articulated quote in his column, which you can read here.
I am very excited to report that this is my second time in print this month.  In case you missed my column in the Castro Courier, you can read that here.
I feel pleased to have contributed to preserving the quality of life in the neighborhoods where these boxes were to be installed. My part was small, but I am glad to have helped. Larger was the part of those who brought it to my attention and who attended the hearing. As always, I appreciate your contributions, topic suggestions and, of course, your referrals!  They keep me energized and excited about my business.  Keep them coming!
Skip to content