Film Night in the Park

I think you might find us watching the *old* Beauty and the Beast on Saturday, July 15th at Union Square. This is always great fun! 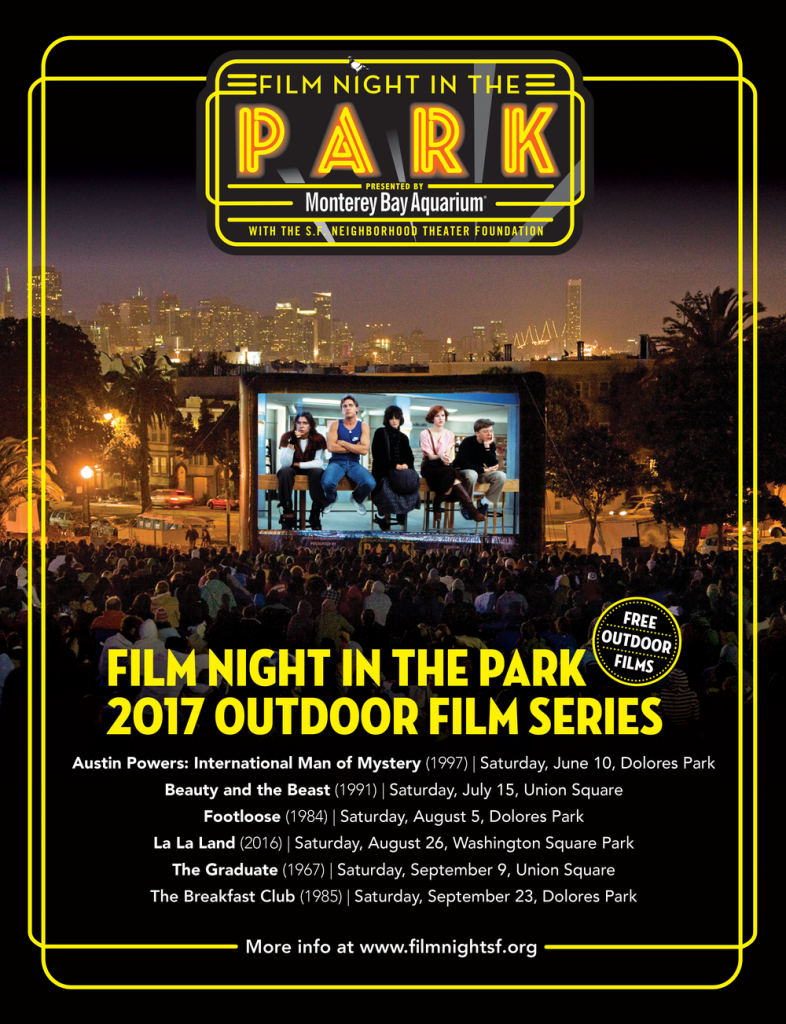 All films begin at dusk.

About Film night in the Park:

Film Night in the Park is San Francisco’s premiere outdoor film series. Over 125,000 people have attended Film Night in San Francisco since 2003. Films are presented free of charge on a giant outdoor screen in beautiful park settings. Attendees are encouraged to picnic before screenings and are discouraged from bringing chairs.

Become a Sponsor of Film Night in the Park!

Sponsorships are still available for Film Night in the Park 2017. Join the generous family of corporate and neighborhood sponsors who make Film Night possible. For more information click here or call (415)465-3456.

Getting to Film Night:

Guests are encouraged to walk, bicycle or take public transportation to all Film Night in the Park screenings.

Dolores Park
Dolores Park is bounded by Dolores, Church, 18th and 20th Streets and the film will be screened in the park at Dolores and 19th Streets. Dolores Park is served by the MUNI Metro J-Line and by MUNI’s 33-Ashbury. The 16th Street BART/MUNI station on Mission Street is a 15-minute walk from Dolores Park.

Washington Square Park
Washington Square is located at the intersection of Columbus and Union Streets in San Francisco’s North Beach neighborhood. The Park is served by MUNI bus lines 30, 45 and 39. The Powell/Mason Cable Car line stops one block from the Park (at Union).