Jennifer in the News! 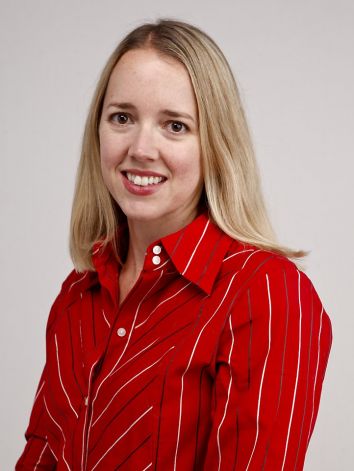 In April 2012, I wrote a column about taking my eight-months-pregnant sister on Muni and the rudeness she encountered. Just one well-mannered rider out of dozens offered to give up his seat.

Now, my sister is having an even more quintessential San Francisco experience: leaving.

No, it’s not because of that disappointing Muni experiment.

It’s because my nephew, James, is getting too big for the closet his crib is wedged into in their one-bedroom Lower Pacific Heights apartment. Because rents and housing prices are increasingly out of reach unless your paycheck is signed by Twitter or Google.

And because in San Rafael, she and her husband are in escrow on a four-bedroom house with a nice backyard, a wrap-around deck with views of Mount Tamalpais and the guarantee that James will enter kindergarten at a top-notch, nearby public school.

“We’ve heard the schools have been improving in the city, but we still felt nervous. People just assume it’s a crapshoot,” said my sister, Beth Hawkins, of the San Francisco Unified School District’s nail-biting lottery system for school assignments. “We like that this is a known entity from the get-go.”

And they’re getting all this for the price of $376 per square foot.

In San Francisco, the closest match to that price is in the Bayview, where homes are selling for $361 per square foot, according to sales figures crunched by Patrick Carlisle at Paragon Real Estate Group and encompassing all home sales in the city from May 1 through Sept. 30 of this year.

Homes in more traditionally desirable neighborhoods for families might as well be on the moon for my sister, a fifth-grade public-school teacher in Marin, and her husband, an accountant. The Marina? $1,074 per square foot. Noe Valley? $955. Cole Valley? $937.

So it’s one more kid leaving a city that can’t afford to lose any more. According to the 2010 census, just 13.5 percent of San Francisco’s population is under 18 – the lowest percentage of any city in the nation.

And that was three years ago – before the city’s economic boom.

Jennifer Rosdail, a real estate agent at Paragon, said family flight seems to be worsening as families struggle with skyrocketing prices for small homes with no guarantee of a spot at the local public school. (Full disclosure: She helped my husband and me buy a small house in Glen Park during the downturn four years ago.)

She recently worked with a family of four who sold their one-bedroom tenancy in common in the North of the Panhandle neighborhood and bought a three-bedroom home in Castro Valley. A family who owns a two-bedroom condo in Cole Valley rented it out for $5,900 a month and moved to Menlo Park.

“I think San Francisco is a great place to grow up, and I think it’s kind of sad this is happening,” said Rosdail, who has three boys and intends to stay in the city for the long haul. Her oldest loves his public school, but she admits the lottery system was stressful.

Why does she stay? She loves that it’s so easy to leave the car at home and walk around San Francisco’s lovely, character-filled neighborhoods. That museums, gorgeous parks and the zoo are so close by. That her children can see a political protest one day and the Bay to Breakers the next.

My sister lives on California Street, barely in District 2 and a stone’s throw from District 5. The supervisors of those districts – Mark Farrell and London Breed – grew up in the city and intend to stay. But they lament that so many of their childhood friends have left.

Breed grew up in public housing in the Western Addition, where children were plentiful. Just two of those childhood friends remain in the city. The 39-year-old said she wants to have children, but can barely afford living here on her own – even on a supervisor’s salary of about $107,000 a year.

Farrell is able to stay in the city thanks to his side work as a venture capitalist. He has three children who will go through Catholic private schools like he did. Despite the fact that his background is very different from Breed’s, the vast majority of his childhood friends have left the city, too.

“Without a doubt, if we are serious about families, if we’re serious about keeping a core middle class in San Francisco, we need to redirect our focus,” he said, noting that City Hall needs to create more middle-class housing.

It’ll be too late for my sister. But I am looking forward to her housewarming party, already dubbed “James is coming out of the closet.”

“Are you going to write about my baby in the closet?” she asked with a laugh. “When I tell people that in Marin, they give me a terrified look, but when I tell people in the city, they say, ‘Oh yeah, totally.’ ”