Julia Roberts buys a view (and a home, too) in San Francisco

Do you ever wonder who owns all those frequently vacant homes in Presidio Heights?… well here’s one new part-time San Franciscan … read on! 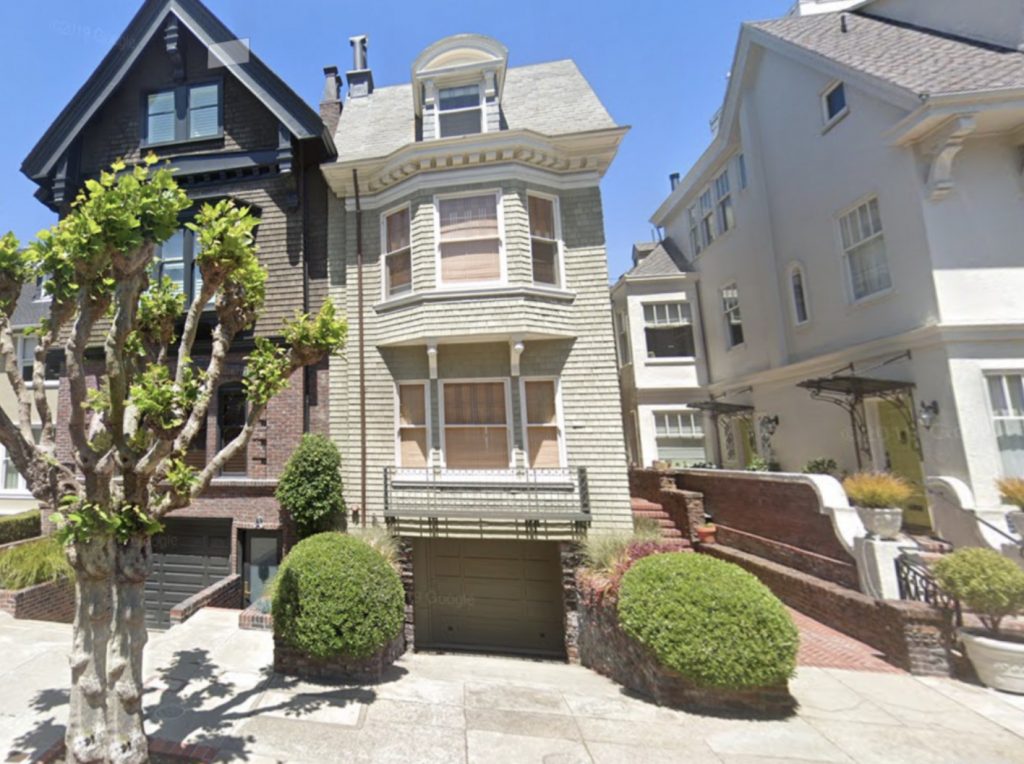 The trust that purchased the home, the Times notes, holds the titles on other properties in the A-lister’s real estate portfolio. That includes a ranch in Malibu’s Point Dume and a co-op in the West Village in New York, the paper reports.

So just what did the Hollywood icon buy here? According to the listing with Caroline Kahn Werboff of Sotheby’s International Realty, the 6,200-square-foot home has five levels of living spaces with five bedrooms and 4.5 baths. It was initially listed at $10.25 million before a price drop to $9.65 million, per the Times.

The home, designed by architect Sylvain Schnaittacher and built circa 1907-1908, features a 1,000-plus-bottle wine room and views of the Golden Gate Bridge.