September’s Bureau of Labor Statistics data show that the SF-Oakland-Hayward region had job growth in every category except information and education/health services, which were down just slightly. Unemployment also dropped slightly. These are both positive economic indicators which should drive increased housing demand.

Yet the San Francisco real estate market sales data indicate that buyers continue to step back from purchasing in the numbers and at the prices they had been.

Likewise, the number of sales year-to-date in condo/lofts is down 3.2% compared to

We attribute the continued downward shift to a combination of buyer fatigue with rising housing prices as well as to uncertainty with the upcoming election. 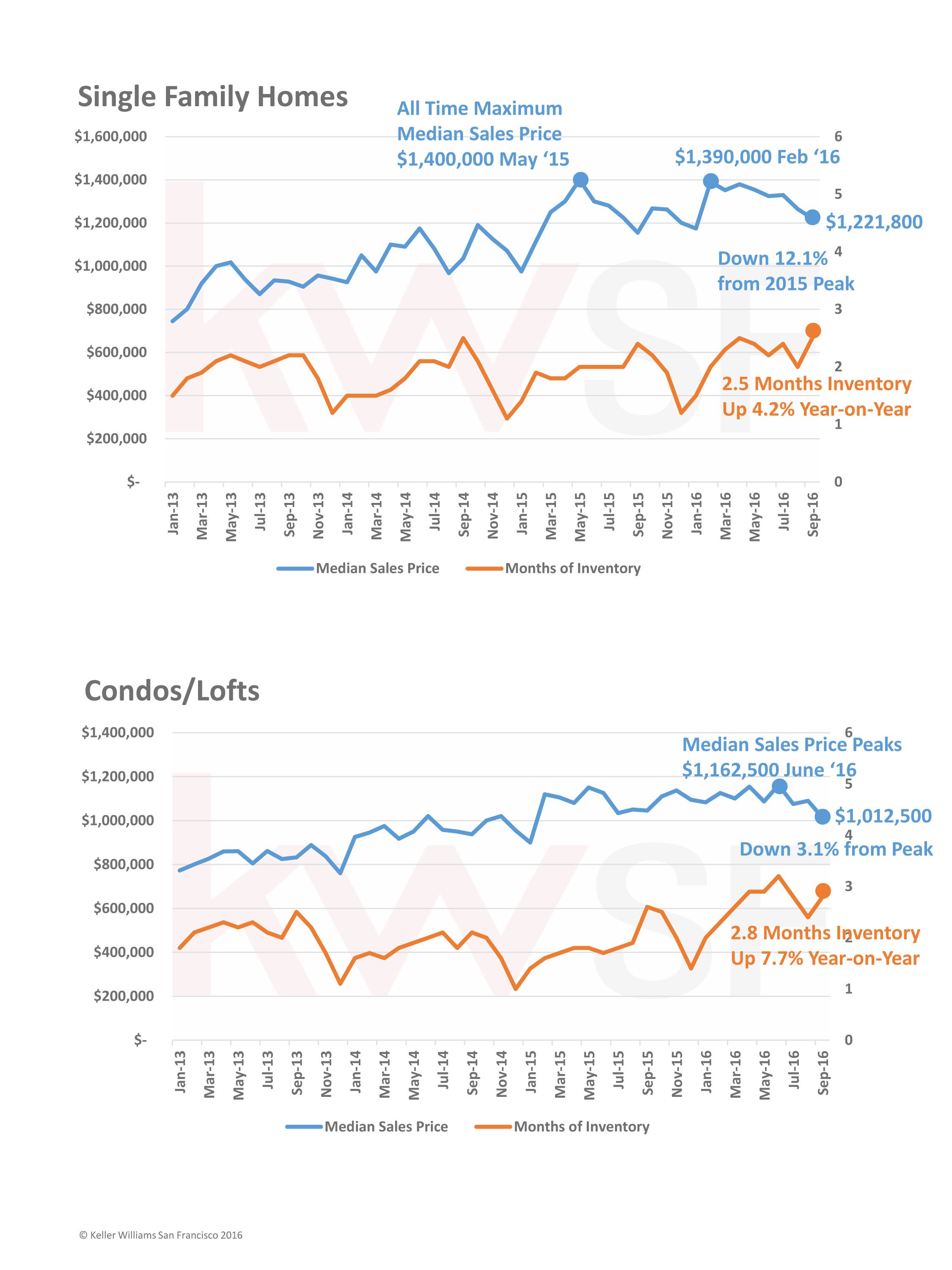 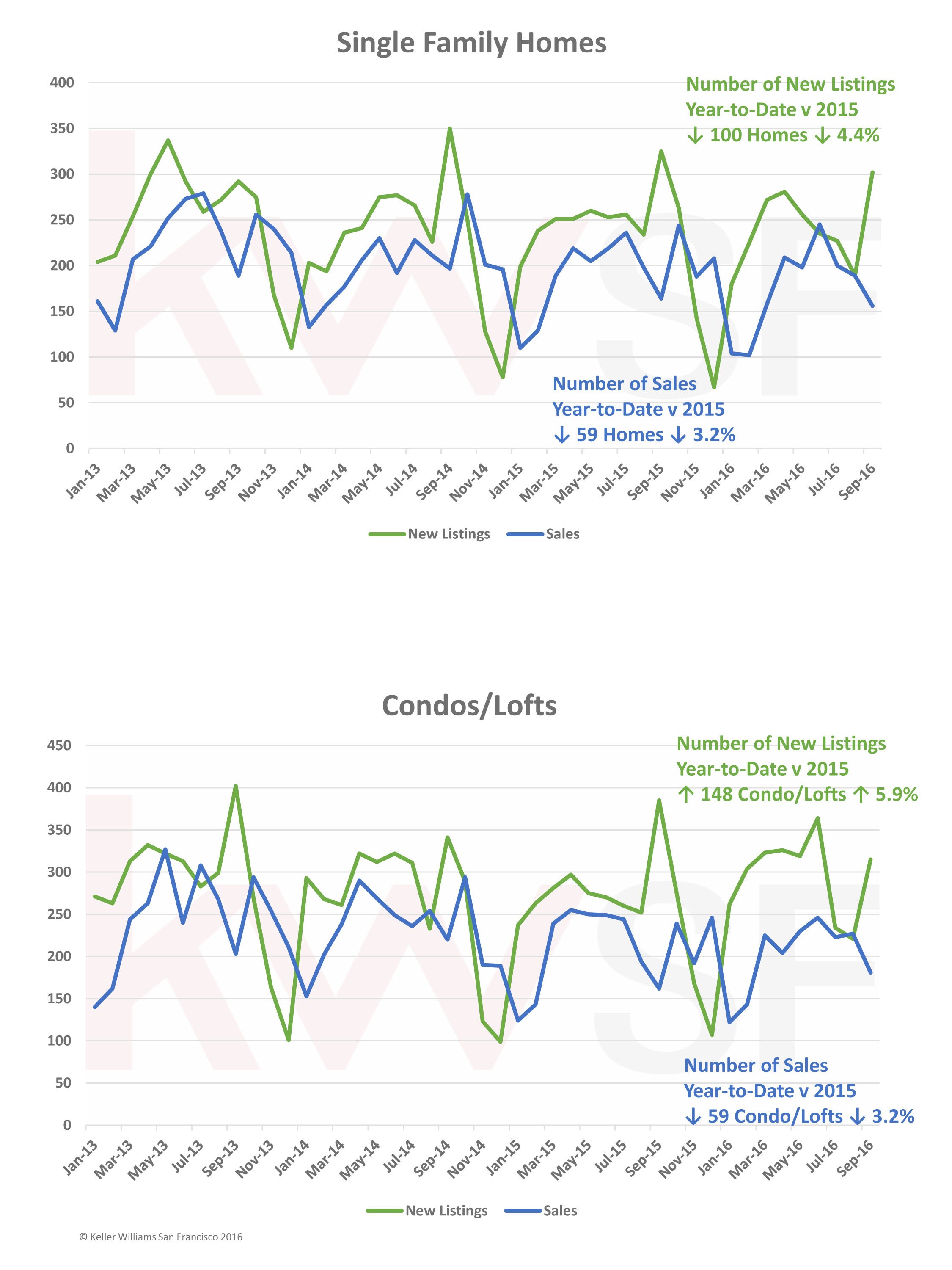 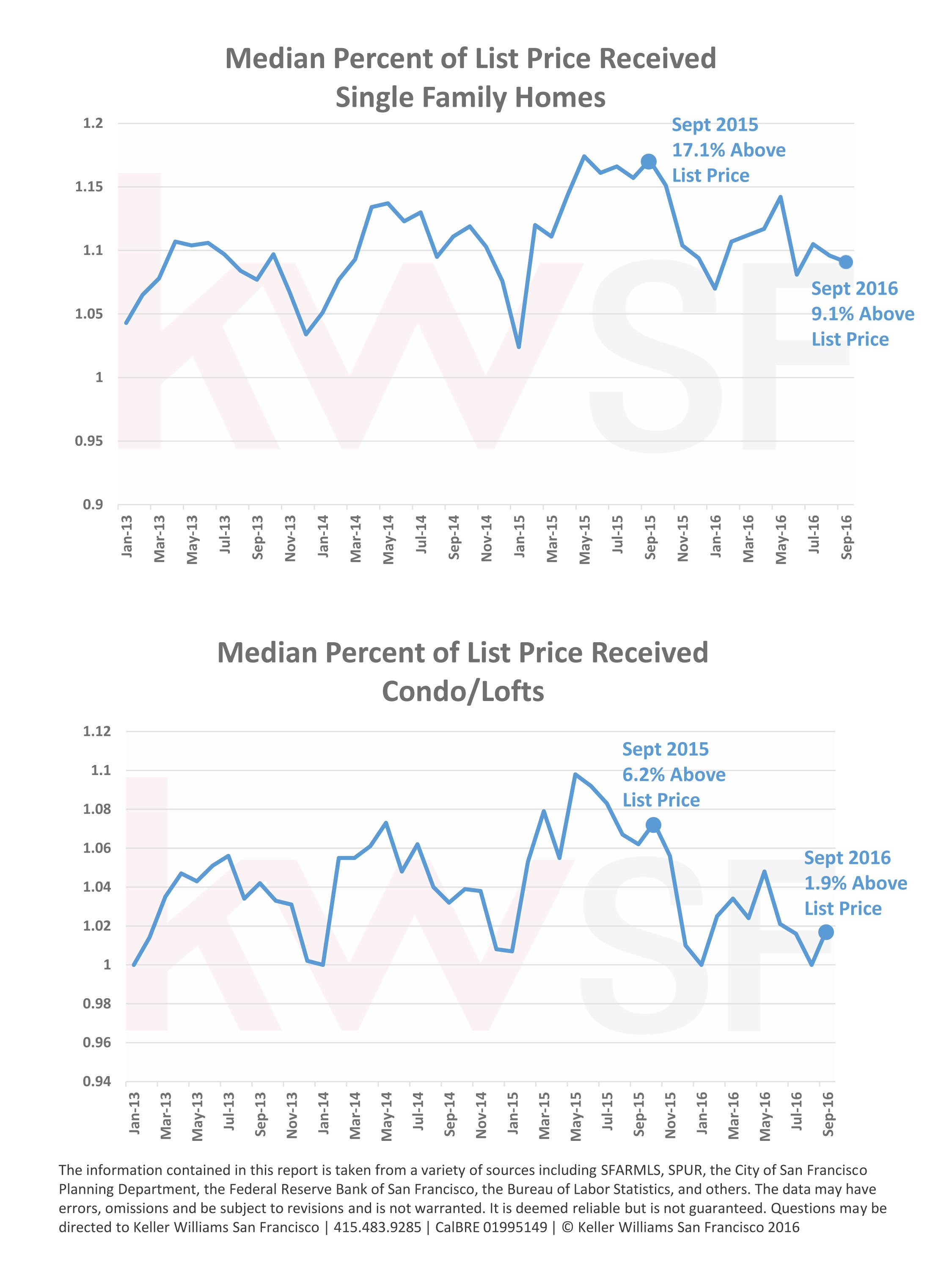